While the SK48v100 has extensive communication capabilities allowing the most sophisticated inverters to easily integrate several battery arrays, it can also be used in a standalone manner with proper voltage regulation. Be sure to set the appropriate voltages as described in here.

Communication between batteries (via BMS) and inverters and charge controllers has been a great advancement over simple voltage-based controls. All the parameters that control the charging/discharging behavior are calculated by the BMS and transmitted to the inverter / controller, reducing user-intervention and chances of mistakes due to misconfiguration. 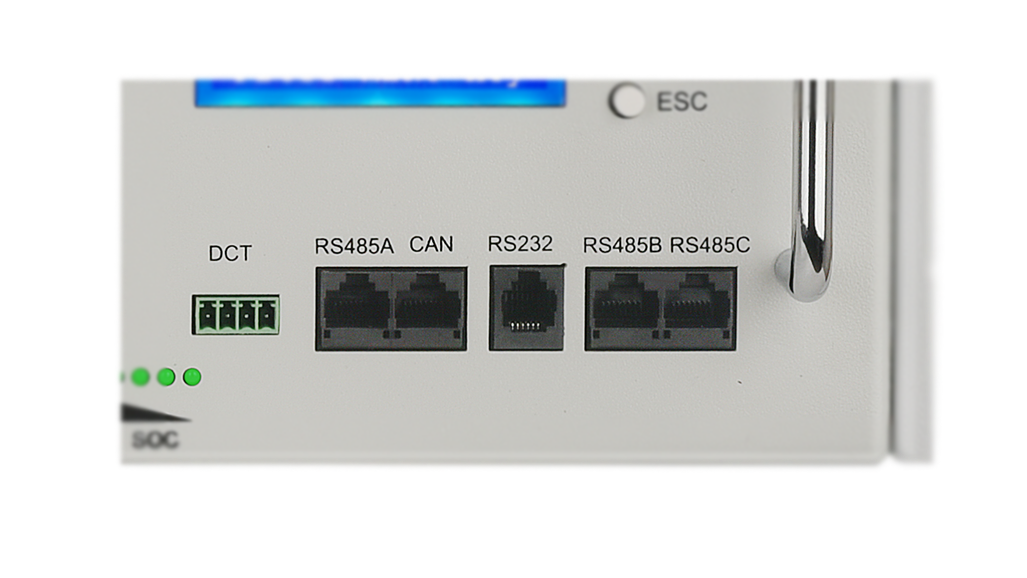 Communications – A Simple Use Example:

Since the SK48v100 is internally constructed of 16 individual cells put into a series string, it is necessary to keep all cells at the same voltage so they can work in unison. This is called cell balancing and is handled by the BMS.

In a normal voltage-controlled configuration, the battery may near full charge, but the over-voltage limit of a few cells can be reached, meanwhile the remaining cells are still only partially charged. In order to protect the full cells from overcharge, the BMS must shut down the main charge MOSFET switches in order to stop the charging while simultaneously running the balance circuits to bleed down the charge from the full cells. Once the full cells have returned to a safe level, the BMS turns on the charge MOSFETs, until they meet the high voltage cutoff again, and the cycle repeats.

The downside is that when the BMS opens the MOSFET switches to protect the cells, most controllers will reduce the output to a float voltage since they detect that the battery is no longer accepting a charge (because they assume that a battery not accepting current is fully charged). As a result, balancing does not have time to be completed and capacity in the system is lost due to cell imbalance.

With a fully communicating system, the battery can ramp-down the charger to as low as a fraction of an amp, while still maintaining at a charge voltage rather than a float voltage. This ramping allows the balancing circuit time to do its job without ever triggering a high-voltage shutdown situation. Properly charged and balanced cells will give the longest lifespan of a battery pack as a whole, hence why SOK chose to use a communicating BMS.

Additionally, if a pack in a fully communicating system experiences an error such as an internal short circuit or system overload, it can shut down all packs in a system in order to prevent further damage, cascade failure or in extreme cases, a fire.